Modern and Contemporary Art from Around the World

The Setagaya Art Museum collects influential modern and contemporary artwork, including many works that question the origins of creation, such as naïve art. From Tadanori Yokoo and Jean-Michel Basquiat, who emerged at the forefront of the neo-expressionist movement in the 1980s, to “outsider” artists without any formal training who had a major impact on twentieth-century art, and contemporary African art and other works produced by different cultures, these works contain the power to reexamine the meaning of “art” and rediscover the joy of creation. 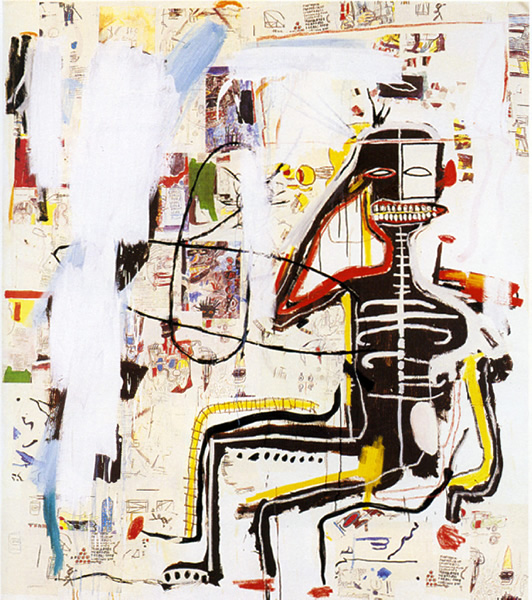 Born in New York to a Haitian father and American mother of Puerto Rican descent. First began to draw attention for his graffiti art spray-painted on the walls of buildings and subway stations in Manhattan. He burst onto the art scene at the forefront of the neo-expressionist movement, becoming an overnight sensation. Also drew attention for his collaborations with Andy Warhol. Died of a heroin overdose at the age of twenty-seven. 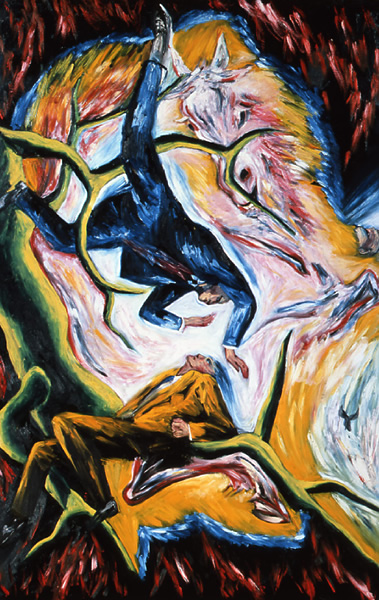 Born in Hyogo Prefecture and lives in Setagaya. Made his mark in the field of commercial art as a graphic designer, winning an honorable mention in the Japan Advertising Artists Club Exhibition. Became involved in spirituality after discovering the writings of Yukio Mishima. He also drew attention for the posters he produced as part of the poet and dramatist Shuji Terayama’s “Tenjo Sajiki” avant-garde theater troupe. In 1980, he announced his entry into the world of painting, where his activities have been prolific, even including a public painting at the opening of the Setagaya Art Museum. The Yokoo Tadanori Museum of Contemporary Art opened in Kobe in 2012.