Works by Artists with Connections to Setagaya

In the reconstruction efforts after the Great Kanto Earthquake of 1923, several private railways lines were built through Setagaya. As a result a variety of cultural figures took up residence in the area, including many artists. Despite their diverse origins and styles, these artists established ties through their common aspirations, and soon created a rich cultural climate in Setagaya. Today, Setagaya remains home to artists active in a wide range of fields. The Setagaya Art Museum has established special annexes at the sites of the former studios of the artists Junkichi Mukai, Saburo Miyamoto, and Taiji Kiyokawa. 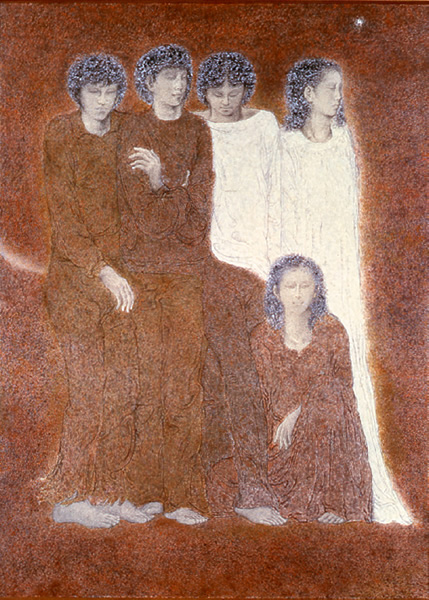 Japanese-style painter born in Oita Prefecture. Moved to Setagaya’s Seijo area in 1951. While enrolled at the Tokyo School of Fine Arts (now Tokyo University of the Arts), he had his first painting accepted to the Imperial Art Academy Exhibition, and also began studying under the Japanese-style painter Eikyu Matsuoka. A biography of Paul Gauguin recommended to him by the painter Kyujin Yamamoto strongly influenced his approaches to both painting and life. His fantastical style expressed in restrained brush strokes conveys a deep spirituality. He was active in the Japan Fine Arts Exhibition, and produced the cover art for the leading monthly magazine “Bungeishunju” from January 1987 to December 1999.

‘The Chikuma River after a Rain Storm’ 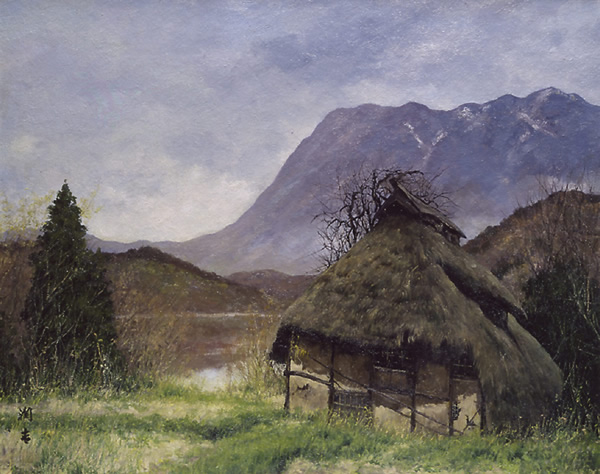 Oil painter born in Kyoto Prefecture. Moved to Setagaya’s Tsurumaki area in 1933. Enrolled at the Kansai Bijutsuin art academy after dropping out of the preparatory program of the Kyoto City School of Arts and Crafts. While living in Europe, he studied the essence of painting by copying Western masterpieces at the Louvre. Later, during World War II, he painted documentary war art. After the war, he founded the Kohdo-Bijutsu Association and continued painting, having chosen the rapidly disappearing folk dwellings of the Japanese countryside as his theme. His renovated housing and working quarters were donated to the local government and opened in 1993 as the Mukai Junkichi Annex.

Oil painter born in Hokkaido. Moved to Setagaya’s Kyodo area in 1936. Dropped out of Waseda University and studied at the Institute of the “Taiheiyogakai” Association. Under the influence of his mentor, the poet and sculptor Kotaro Takamura, he also developed an interest in literature, writing poems and essays for independent magazines. He focused his work on the “Kokugakai” and “Jiyu Bijutsuka” Associations, with a unique style of abstract painting consisting of fluid lines and immaterial figures. His son Fumio Nambata (1941-1974) was also a painter before dying in his thirties, and despite his short lifespan, he left behind many fantastical watercolors and sketches. 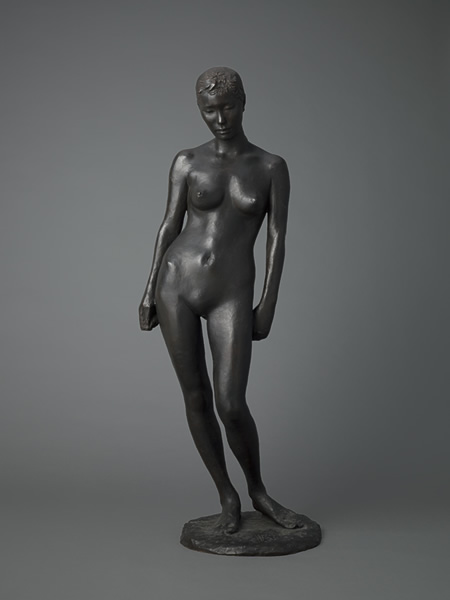 Sculptor born in Miyagi Prefecture. Moved to the Setagaya area (what is now Umegaoka) in 1940. Spent his youth in a Hokkaido coal-mining town. After failing admission to Hokkaido University’s School of Agriculture, he moved to Tokyo and studied at the Kawabata School of Painting before enrolling in the statue division of the Tokyo School of Fine Arts’ sculpture program. Following the end of World War II, he was detained in Siberia for three years. Upon returning to Japan, he set up a studio in Tokyo’s Yoyogi-Uehara neighborhood and became active in the “Shinseisaku” Association. In 1959, he moved his studio to Eifuku in the Suginami district. He is known for the beautifully sculpted forms of his female figures.