The Shioda Collection consists of 157 works by Rosanjin Kitaoji, ranging from painting and calligraphy to ceramics. These were donated to the Setagaya Art Museum from the former collection of the businessman Iwaji Shioda, who had a close personal relationship with Kitaoji. More recently, the museum also acquired over 500 works by printmaking pioneer Tetsuro Komai that had been collected over many years by the honorary chairman of the “Shiseido Company,” Yoshiharu Fukuhara (the Fukuhara Collection). These endowments, along with the museum’s other unique assortments of works both large and small, form the museum’s collection. 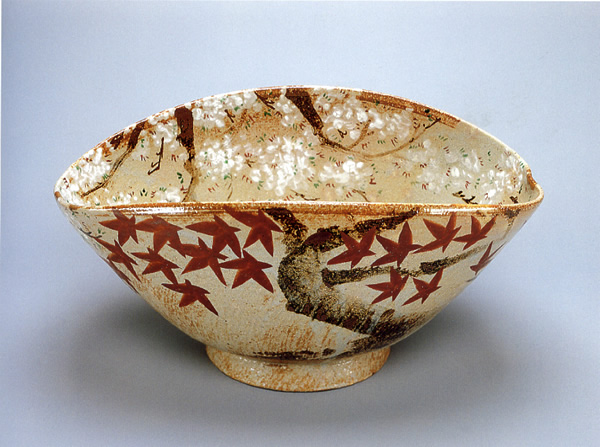 Ceramicist and calligrapher born in Kamigamo, Kyoto. Began his artistic career as a calligrapher. Traveling around the country as the guest of wealthy merchants and other elites, he began to take an interest in antiques and cuisine. Opened an arts and antiques gallery in 1919. Founded the “Bishoku Club,” a gourmet club, on the second floor of the gallery in 1921. Launched “Hoshigaoka Saryo,” Japan’s only private membership-based restaurant at the time, in 1925. He was expelled from the restaurant in 1936, and later began devoting himself exclusively to pottery making. He displayed diverse talents throughout his life, even publishing a quarterly magazine titled “Doppo.” 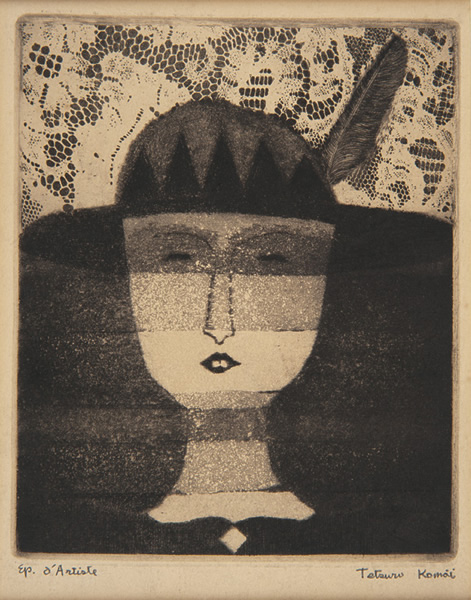 Aquatint, etching, and partial monotype on paper Print artist born in the Chuo district of Tokyo. Moved to Setagaya’s Shinmachi area (now Komazawa) in 1947. Began studying etching under Takeo Nishida at the age of fifteen. Enrolled in the oil painting program of the Tokyo School of Fine Arts in 1938. In 1950, he submitted his first work to the Shunyo Art Association, which won the association’s prize. Praise from the painter Shikanosuke Oka catapulted him into the limelight. In 1954, he joined the “Jikken Kobo” avant-garde group. His works depict a monochromatic world of dreams and fantasy. In addition to etchings, they also include many woodcuts, book illustrations, and even colorful monotypes.